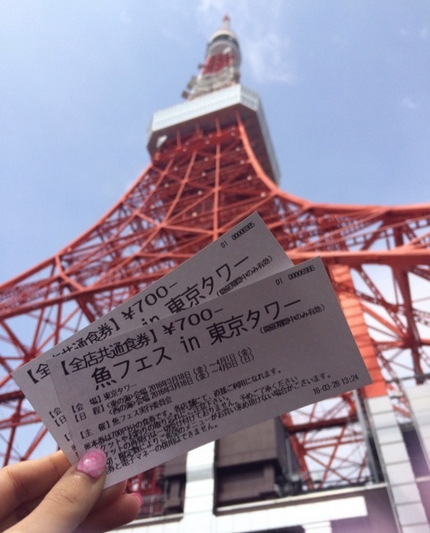 Tokyo Tower (blog post) – Saki went to see the Tokyo Tower between her jobs today! There was a “Fish Festival” being held so that’s what she had for lunch, she even shares a photo of her food. Saki had Goshiki Donduri which she says was very delicious on her taste buds! After that she went to the office. She also ate a bowl of Kakiage which was huge in volume!

From Saki‘s blog – With Koyama Hikaru

FRIEND (blog post) – Saki was reunited with a friend from high school after a long time, Koyama Hikaru. It’s been such a long since Saki seen her that she got excited and hugged her as soon as she seen her! Saki was glad that the tension didn’t change with Hikaru, Saki says she’s always fun and that time has really went in a blink of an eye.

Saki has regretted not meeting with Hikaru in such a long time but from now on Saki wants to play with a lot! Since Hikaru’s dream has been her going for her during the year, Saki hopes to be wearing the same hat as her soon! Hikaru is a precious friend of Saki’s. 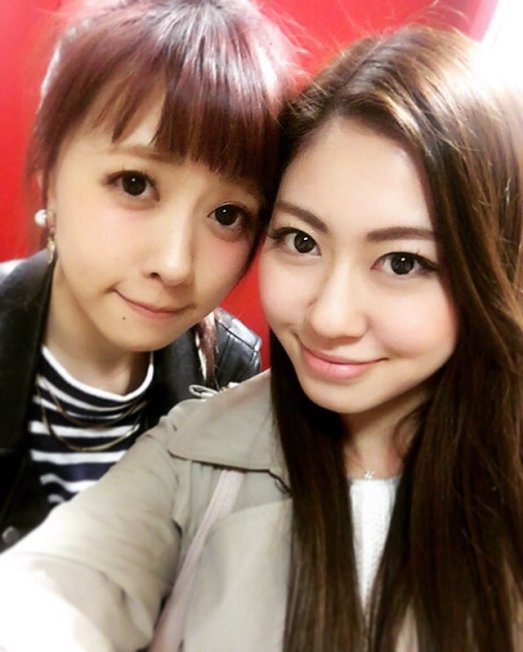