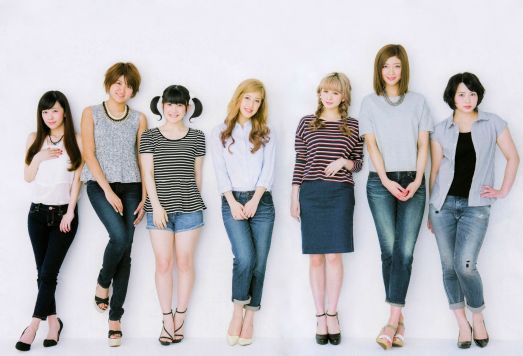 Dear Berryz Koubou, since the start of your indefinite is soon to begin in only a few days I want to write to you about what you guys mean to me, how much you made me happy in these five (almost six)  years of being a fan of Hello! Project, and how much I’ll miss you guys.

Over the five years Berryz Koubou really helped me to realize I need to take better care of myself. Berryz Koubou, along with other groups of Hello! Project, really helped me find my self-confidence and helped me learn to love myself without needing to change or pretend to be somebody that I wasn’t. I’ve learned some of your dances which helped me lose weight in the process, and I’ve also learned a new language as well. I’ve changed for the better over these past few years with your guys’ help. It’s kinda amazing to think about now at this stage of my life. 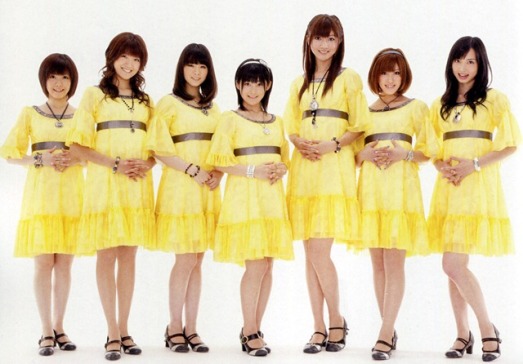 With the many single releases in Hello! Project over the years, I’ve always really loved Berryz Koubou’s singles more than any other groups. While I did up finding my oshimen and loving Wada Ayaka’s group S/mileage, Berryz Koubou was always my second favorite group. I starting to really love Shimizu Saki over the years so of course I came to love Berryz Koubou even more.

Though I kinda wish I supported you guys even more than I do now, back then I just didn’t have any money to buy any merchandise, but with that being said I am pretty proud of my little Berryz collection that I do have. From now on I’ll still continue to expand my collection more with your concerts since I just really love watching lives, they always make me really happy. I’m sure you guys suffered some hard times being idols for over 10 years, but the positive energy you spread is contagious and even if you have days where you don’t want to even smile, you guys always make me smile on my bad days. Listening to your music and watching your concerts always cheer me up and it’s something I can rely on and look forward to even on days I don’t want to smile. 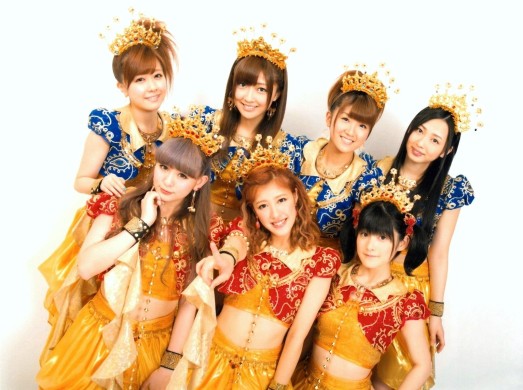 I think it’s going be really weird in Hello! Project without Berryz Koubou. While other groups had members come and go and even having new groups coming into the Hello! Project family, Berryz Koubou was always the ones that stayed the same for the longest. Seeing that stability leave after the longest time is really weird to see and a bit hard to let go. Of course though, even though the group Berryz Koubou won’t be active anymore, the time I’ve spent with you guys were really great and I’m really grateful to have come across such a wonderful thing called Hello! Project. Being able to experience the greatness called Berryz Koubou is something I’ll never forget.

Though I really love Hello! Project and all it’s groups and members, seeing members who were there when I became a fan slowly leaving is a bit strange, and C-ute are becoming the only ones now who aren’t always changing. Berryz Koubou did lots of work, and us fans are ever so grateful for all the work you have done over the years since you guys were just Hello! Project KIDS. Some of you guys want to rest after your last concert and that’s totally fine, you guys could really use some rest after all these years. Play with your friends, make new experiences, do what you want, and maybe find some love somewhere. In whatever you guys come to decide what you may want to do in your own life’s, I can only wish happiness for all of you. Also, be sure to take good care of yourself’s. 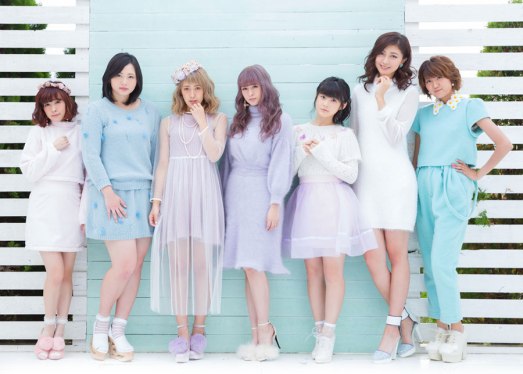 I also have messages for each member that I would like to express, starting from youngest to oldest. 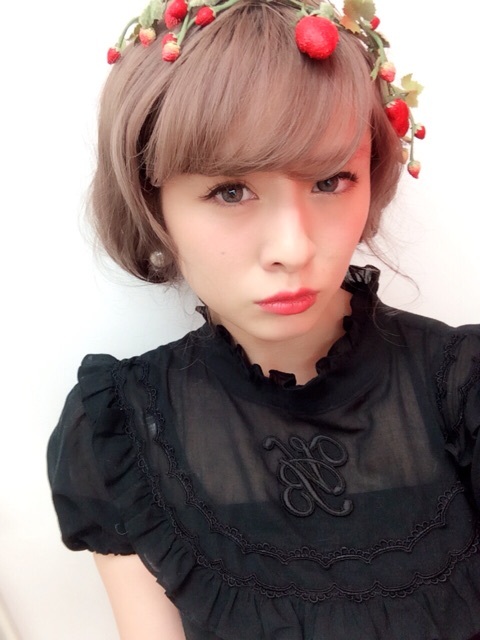 My dear Risako. You have an voice of an angel and you’re just as precious and pure as one too. You have an amazing stage presence but you are so quiet off-stage, it’s really amazing on how well you perform. You have a really unique voice that nobody can ever replace. I’m sure that you don’t want Berryz Koubou to end, but in your decision to rest afterwards is a good idea. You were so small and young when you first started out as a KID, you’re an adult now and you still have lots of time to experience new things that an idol can’t fully enjoy due to their schedules. In whatever you decide what you want to do with your future, there’s people who will still support you no matter what you do.

It’s always sad that when you finally start to like an idol more and more, it’s time for them to leave, and that’s how I feel about you Yurina. For the longest time, you were my least favorite member of Berryz Koubou but that was in the past. Over the years I began to like you more and more, your vocals don’t bother me so much anymore and I really like them now. You’re a very pretty young lady and I kinda wish there was some more time so I wouldn’t have this regret feeling, but in the end I’m glad I opened up more and gave you more of a chance over the years. I wish you the best of luck with your studying in school!

With you Maiha, you’ve been long graduated when I became a fan so I never really got to know you as much as the other members since I just tend to focus on the current members of Hello! Project rather than past members. Though in the MV’s that I seen you in, you always looking super cute. Even though you graduated I’m glad when the other members of Berryz Koubou messaged you and still talked about you being in the group. You were never forgotten and I’m sure the girls still really love and miss you being in the group. I hope you get to play and hang out with them more now. 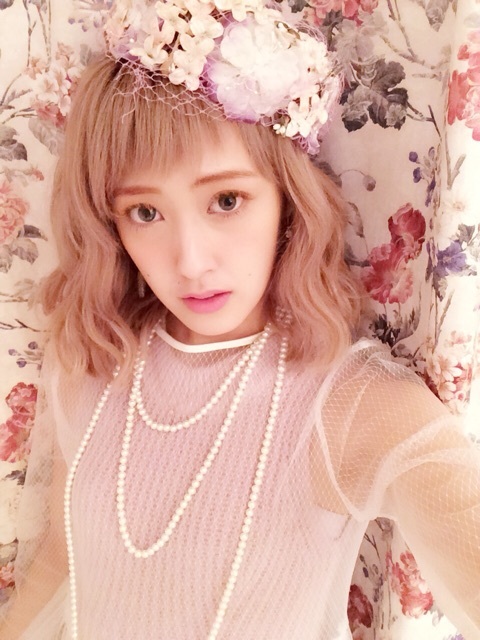 My fashion queen Miyabi. You have always been a member that I loved so dearly. You’re always so pretty and always in the latest fashion trends and hair styles. I also think you have a very lovely singing voice and you have a very cute personality. You’re always going to take some time off like Risako right? Since Risako and Captain are the members you’re really close with, be sure to check on them and make sure they’re doing just fine, okay? You also still want to do some singing and maybe go into fashion right? I’m sure you’ll do excellent in whatever comes next for you. You can do it Miya! 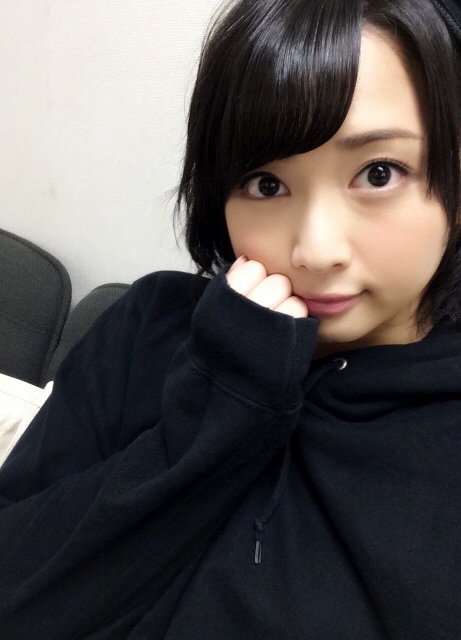 From what I understand Maasa, you’re going to stay in Hello! Project but focus more the acting side. Which is really great to hear, you’re really good and a real natural when it comes to acting. You can help out the newer members with their acting too. Even though you’re mostly criticized by some people, I just want you to know Maasa that no matter what hair style or what size you are you’re always going to be cute as a button and I’ll always love you dearly. You’re a very caring and kind young women. I really wish you the best of luck with your acting! 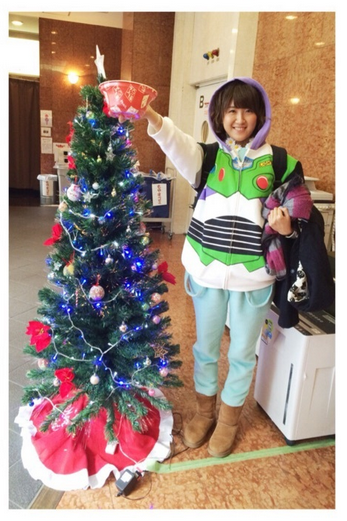 Chinami, you’re going to be one of the new Hello! Project advisers, even though you won’t be a member of Hello! Project anymore, you will be the bridge between members and staffs which is a really cool position to have. With your lots of experience of being an idol, you get to help out other young members along with the staffs. I’m sure your always high energy and tension will help cheer on the other and younger members of Hello! Project. I wish you the best of luck with your new position!

Momoko, we all know that you’ll be playing manager with one of the newest groups that’s Country Girls. It’s been said that you’re going to help guide them in the idol world since you’ve finished your teaching program in college. We’re going to get at least two more years with you right? I’ve always liked you Momoko so I’m glad at least one of seven is still going to continue being an idol in Hello! Project a little while longer. It might be a little weird to see you with a whole new group but I’m sure you’ll do just fine since you’re a pro in what you do. I wish you the best of luck with the guidance of Country Girls.

To the girl I love most. Saki, you’ve grown into a beautiful young lady who gets more beautiful as each day passes. You’ve been such an inspiration for me over the years and I love you so much. You’re also going to be an adviser for Hello! Project just like Chinami, which I’m very glad to hear about since you seem to be really suited for that position. I also heard you helped picked out the name for the newest Kenshuusei group “Kobushi Factory”, it’s nice to hear that they’re already asking for your help. I’m extremely sad that you’ll be leaving me in only a few days, but there’s really nothing I can do to make you stay if you didn’t want to. Over the past years I’ve come to really love you so much and I think I have a bigger photo and towel collection of you than with Dawa. I really wish you luck, success, and happiness with your new position. I’m so glad to have an idol that’s so wonderful and lovely such as yourself to look up to. I’ll always support you and I’ll always love you my dear Captain. 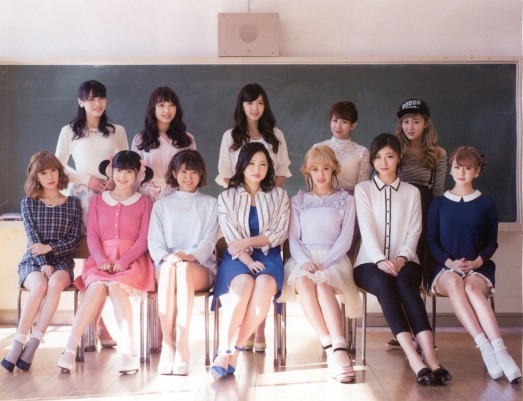 Berryz Koubou, you have done so much within your years being an idol group together. I’m sure there was sad times and some good times as well, though I’m really sad to see you guys go I would love to see you go with a smile since there’s so many people like myself that will always love and support Berryz Koubou even at the very end. I’ll continue to support the other KIDS as much as I can, and I’ll also support the rest of Hello! Project as well. You guys did so well over the years and I’m ever so proud of you.